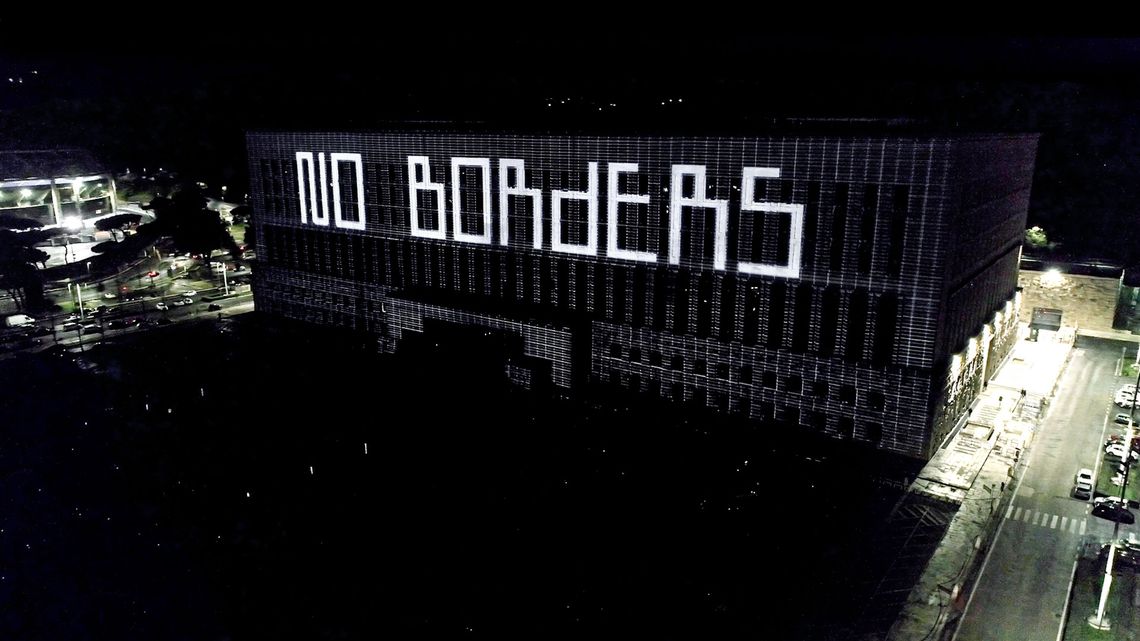 AboutTechnical specifications
The No Borders video mapping is the recording of the live performance created for the Palazzo della Farnesina with the software and devices developed by the FLxER collective. The performance in its installation version can also be used by the public.

"No Borders" is the dream of a world without borders in a historical moment made of divisions and nationalisms.

Existence has no boundaries. If there are no boundaries, the possibilities of exploration become multiple and infinitesimal. This is where the performance starts: from the particles that make up the universe to the finite human being and his infinite power to manipulate them and then win. 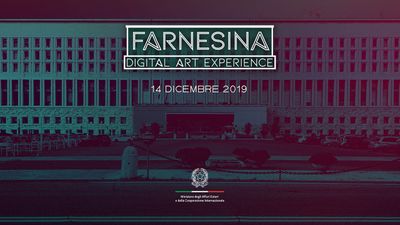 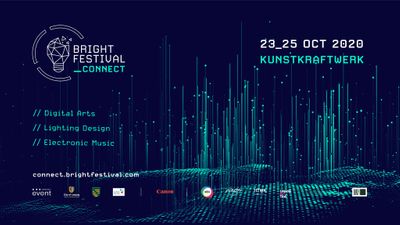 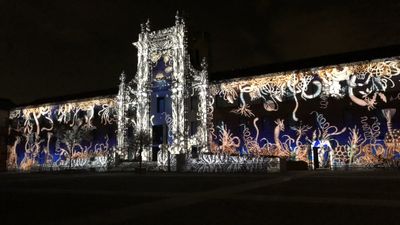